Erb’s Palsy or brachial plexus palsy is not a congenital disease, but a result of an injury to the infant’s brachial plexus nerves during a particularly difficult delivery. Unfortunate as it is, this can even lead to complete paralysis of the affected arm if not detected and treated in time. If you suspect that your child might be a victim of Erb’s Palsy, we suggest that you take a look at the following symptoms, which often accompany the injury.

Although motor control over limb movements is something that develops over time in an infant, a healthy infant should be moving both of its arms and legs around a lot after birth. In case you see one arm or shoulder is stiff and he/she cannot move that side around even a bit, you need to tell your doctor about it immediately. On the off chance that they tell you it’s “normal,” take a second opinion because it isn’t.

Another prominent sign of shoulder dystocia (aka Erb’s Palsy) is a bent arm. If the child has Erb’s Palsy, his/her arm will be permanently bent towards the body from elbow down (commonly known as the waiter’s tip). In most cases, the arm is usually limp as well. Even when the child is able to move the affected arm around, the alignment and the movements of the arm will look off and unnatural when compared to most other people. This is a result of the body responding to the damaged brachial plexus nerves and trying to find the most comfortable position for the arm’s limited movement. 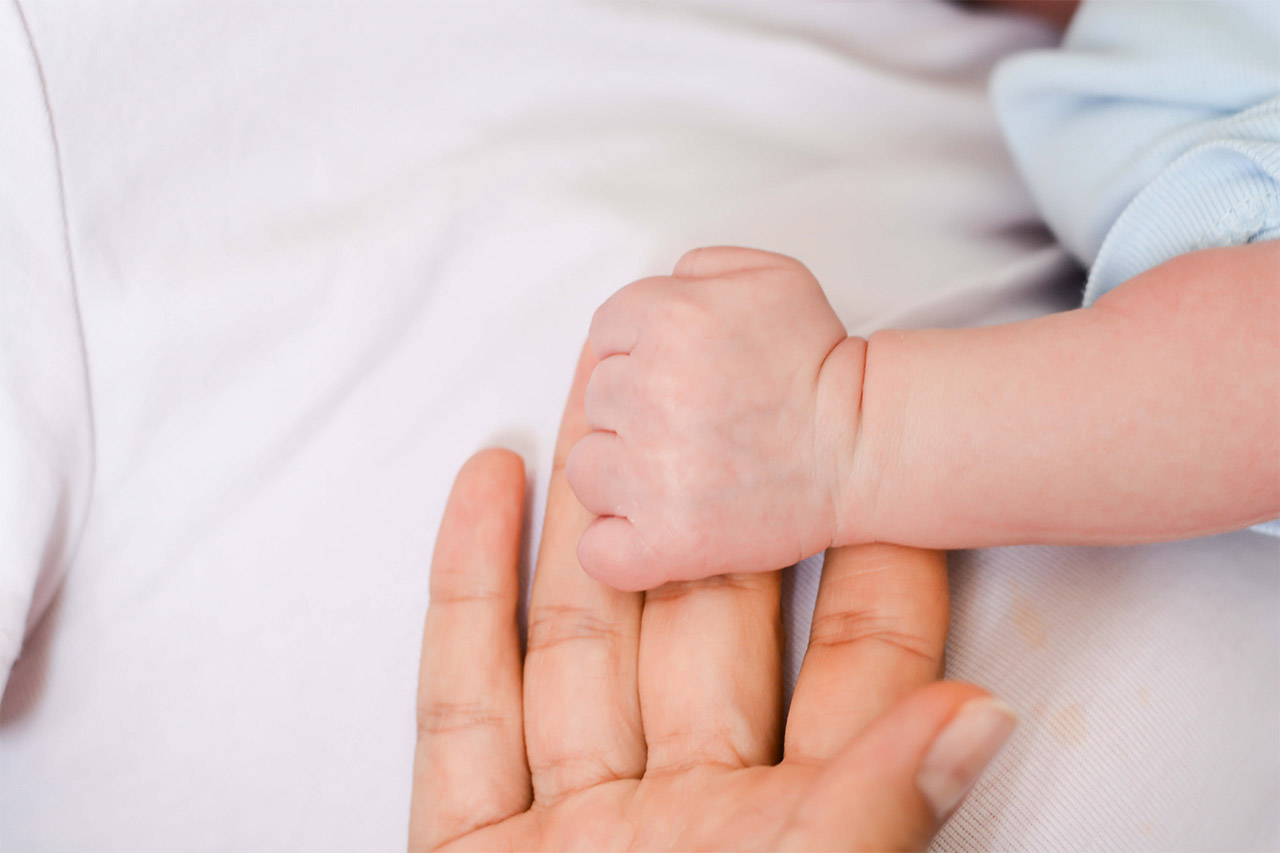 The damaged nerves can interfere with the sensations of the arm, so if you see your infant child not reacting to you grabbing, touching, or scratching one of his/her arms, it usually means that nerve damage is present.

It’s quite hard to determine in an infant, but if your child shows any signs that might indicate he/she is not able to use one of the arms as reflexively as the other, you need to consult a paediatrician. Sometimes the side affected by Erb’s Palsy doesn’t exhibit any reflex reactions whatsoever and while that’s even more serious, it’s easier to detect than a partially impaired reflex.

Babies like to grab things and they should be able to grab them with both hands instead of just one. If one of your child’s hands has a particularly weak grip or if the infant can’t grip with that hand at all, that’s an indication of nerve damage once again.

Pain in the arm, neck, and shoulders is usually considered to be a symptom if any of the other symptoms are also present in the individual. The pain is often intense and mostly irregular. Infants cry for a lot of reasons so it might be hard to distinguish when the baby is crying in pain and when he/she is crying for other more common reasons such as hunger, tiredness, etc. Therefore, see if the crying in question is triggered suddenly as a result of someone touching a particular part of the body.

In case you suspect the medical team who were handling the delivery to be responsible for your child’s development of Erb’s Palsy, your first step outside of seeking proper treatment should be consulting Erbs Palsy Lawyers as soon as possible.

If the condition of the baby in question is truly proven to be a result of medical negligence, your child will be entitled to a very large compensation claim. As that compensation could be the key to finding your baby the help he/she needs to recover or at least improve the situation, you need to seek legal help as early as possible.