You need your car, that much is a given. It gets you to work and back, helps you to ferry the kids around, makes your weekly shop a whole easier — without your car, face it, you’d be lost! Unfortunately, owning a motor does come with its down points, the biggest one being that it just saps so much of your cash. Be it on repairs, road tax, insurance, or anything else at all, you are always going to be shelling out to keep your motor on the road.

Spending on your car is a given, and doing can never be avoided. What can be avoided, though, is spending lots of money on it. There are ways to save when it comes to your motor.

Shop around when it comes to insurance

If you don’t insure your car, you aren’t legally allowed to drive it, which means taking out insurance is an absolute must. What is not a must is paying out premium prices for the insurance that you take out.

To pay as low an insurance fee as is humanly possible, you should be devoting your time to shopping around. You should be using price comparison sites to find out what amounts insurance providers can offer you without having to cut back on the specific cover that you need. For instance, if you need to park your car on the road, then you need to be taking out an insurance that will cover that specific mode of parking, and you need to find an insurer that will offer a fair price in regards to it. You should also be communicating with insurance providers to see if a deal can be struck between the two of you that sees your fees cut down. As well as this, make sure you are shopping around for specific driver and vehicular discounts. This means that you should be shopping around for offers that will take your driving history and your type of vehicle into account — you can find more info here on what you should be looking for exactly. When you take your insurance seriously in this way, no matter how tedious it might be, you will see results on your bill.

Slashing the cost of fuel

Alongside insurance costs, the cost of fuel is something else that drivers around the world always seem to be shelling out on. Only, fuel needs to be shelled out on a regular basis, and the amounts spent on it soon add up.

You can slash these amounts right down, though, by doing a number of things. Something that you should try doing is tweaking the way you drive — by driving too fast and in the wrong gear for the speed that you’re going at, you will burn fuel easier, so slow down and get in the right gear. Also, you might want to think about making adjustments to your car, like taking the roof rack off and removing all heavy things from your boot, because the more your car has to carry, the more fuel it is going to eat. Finally, you should be careful with the amount of air conditioning you use, as that saps your fuel, too — turn it off, wind down your windows, and enjoy the outside breeze instead! 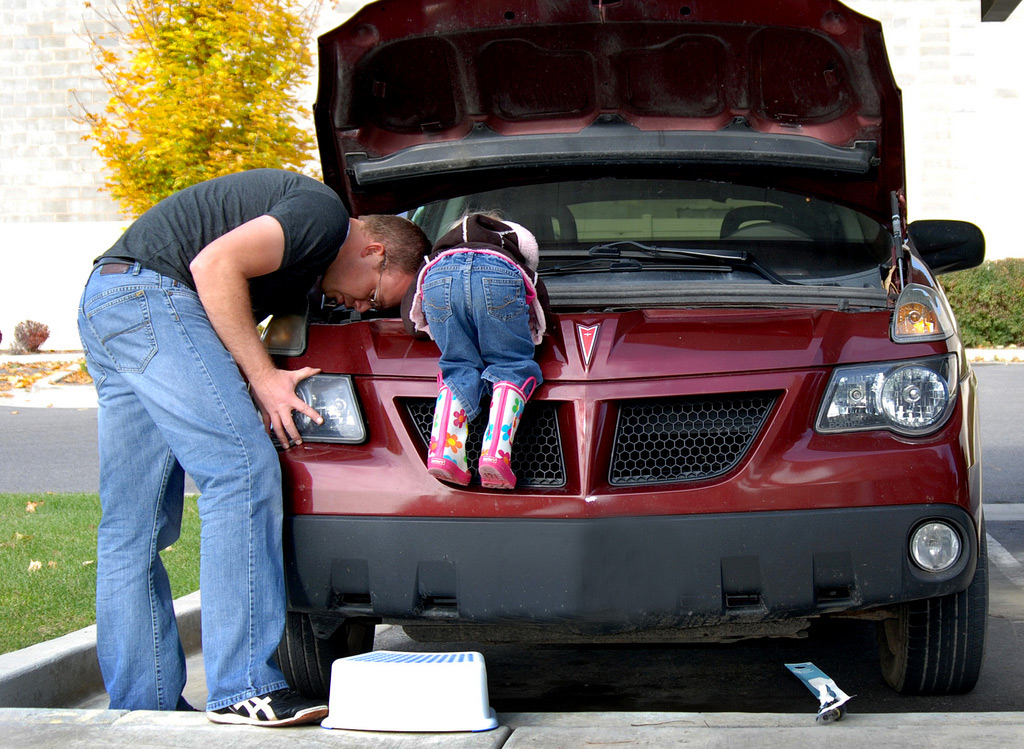 Get your car serviced

You may turn your nose up at having to pay to have your car looked at and re-tuned, especially when there is seemingly nothing wrong with it, but, by doing so, you will save yourself money going forward. You’ll save money because you’ll fix any below-the-surface problems your car might have before they come to the surface and land you with a very hefty bill — paying to catch your problems before they become a problem that needs fixing will be far cheaper than paying to have them fixed.

So, the next time your car is due in for a service, which should, preferably, be around the time of its M.O.T, make sure that you don’t ignore the calls and get your car booked in at a mechanic. If you are a loyal customer of this mechanic, they might even start slashing the prices they charge you.

Carpooling and car sharing is not just something that is done only to help protect the environment, it is done because it also cuts car costs. For one, when you car share with another, you will cut the cost of fuel by half, as you will, presumably, half the bill with them. Also, you will not put your car in danger of being hit so much, meaning you will ultimately, more than likely, end up spending less on fixes and tune-ups in the long run.

What’s more, when you car share you’ll be granted access to carpool lanes, and that’ll stop you have to stop and start your car when its stuck in gridlock, and that’ll save on fuel consumption.

Don’t be afraid to use public transport

As a driver, it can be hard to get back on public transport after you’ve spent so much time behind the wheel of your own car. Well, why would you want to sit on a hot, sweaty bus or train when you could be sitting in your cool car?

Using public transport should not be something that you are too quick to dismiss, however, because, in certain situations, it will save you money. When you have an appointment or a meeting in the middle of your city, for instance, it might be cheaper for you to pay for bus fare than for you to drive in and pay for parking charges. Be realistic about your transport choices, and never being too proud to use public transport despite heaving a car, will save you money.

Cutting down on car and travel costs is something you should be doing, well, just because you can. Think about it, why would you want to spend more than you have to?