Lobster remains a sophisticated and versatile staple of any seafood feast. Whether you opt to steam the lobster whole and serve it with sides and dips or utilize its various parts for an assortment of delicious meals such as lobster dumplings, you’re sure to be well satisfied.

But quality lobster comes at a price. Research has shown that the price per pound of lobster in the US continues to rise rapidly, with lobster meat for sale hitting $6.00 in 2021. This means that when it comes to purchasing your lobster for home cooking, you’ll want to make sure you’re getting bang for your buck.

This article will look at the four most popular types of lobster you can buy before presenting four tips to consider when choosing which lobster to purchase.

Depending on what type of meal you’re looking to cook, whether it be Lobster Thermidor or grilled lobster tails, the species of lobster may come into play when making your choice. Though any lobster, when cooked properly, will result in a satisfying culinary experience, there are subtle differences between the four main species that you may wish to consider.

Also known as the Maine lobster, these can be found in the cold waters of the Atlantic Ocean. They are distinguished by their brown- or black-green shells and are the most popular variety in the United States.

They are generally characterized by their tough tail meat and briny richness, with their claw meat in particular reserved for special praise. They are closely related to the Canadian lobster, which is found in much colder waters and is defined by a harder shell and denser meat.

You should opt for this species of lobster if you prefer your meat a little on the sweeter side with a succulent flavor.

Also known as French Blue Lobsters, these dwell in eastern Atlantic waters, but they can also be found in the Mediterranean and the Black Sea, with the waters around Ireland and Scotland being particularly rich. They share many characteristics with their American counterparts, but they are noted for their deep blue shells rather than brown or green.

They are generally in season all year-round, with their flavor noted as being succulent and salty. They live predominantly in shallower waters than the American and Canadian species, which can often make the meat slightly firmer in the European variant.

These are not, in fact, lobsters at all. They share many of the same features as true lobsters, but in the place of front claws, they have an additional set of long antennae. They can grow up to 24 inches in length are often present a brick red or dark brown shell.

They can be found on the west Pacific coast along an area stretching from Monterey to Mexico and are a key export to the Chinese market. The meat is often noted for its sweet flavor but has a nuttier texture than that of American and European lobsters.

Like its Californian counterpart, this type of rock lobster does not have the front claws. They are distinguished by their grey- and brown-striped carapace, often accompanied by yellow spots. They are found from Bermuda down to Brazil, as well as the Gulf of Mexico.

They spawn in the summer under specific conditions and are usually in season right through to March. Their meat is similar in flavor to true lobsters though it is considered less rich than American lobsters. However, their tail meat is acknowledged as a delicacy, with South African lobster tail being particularly prized. 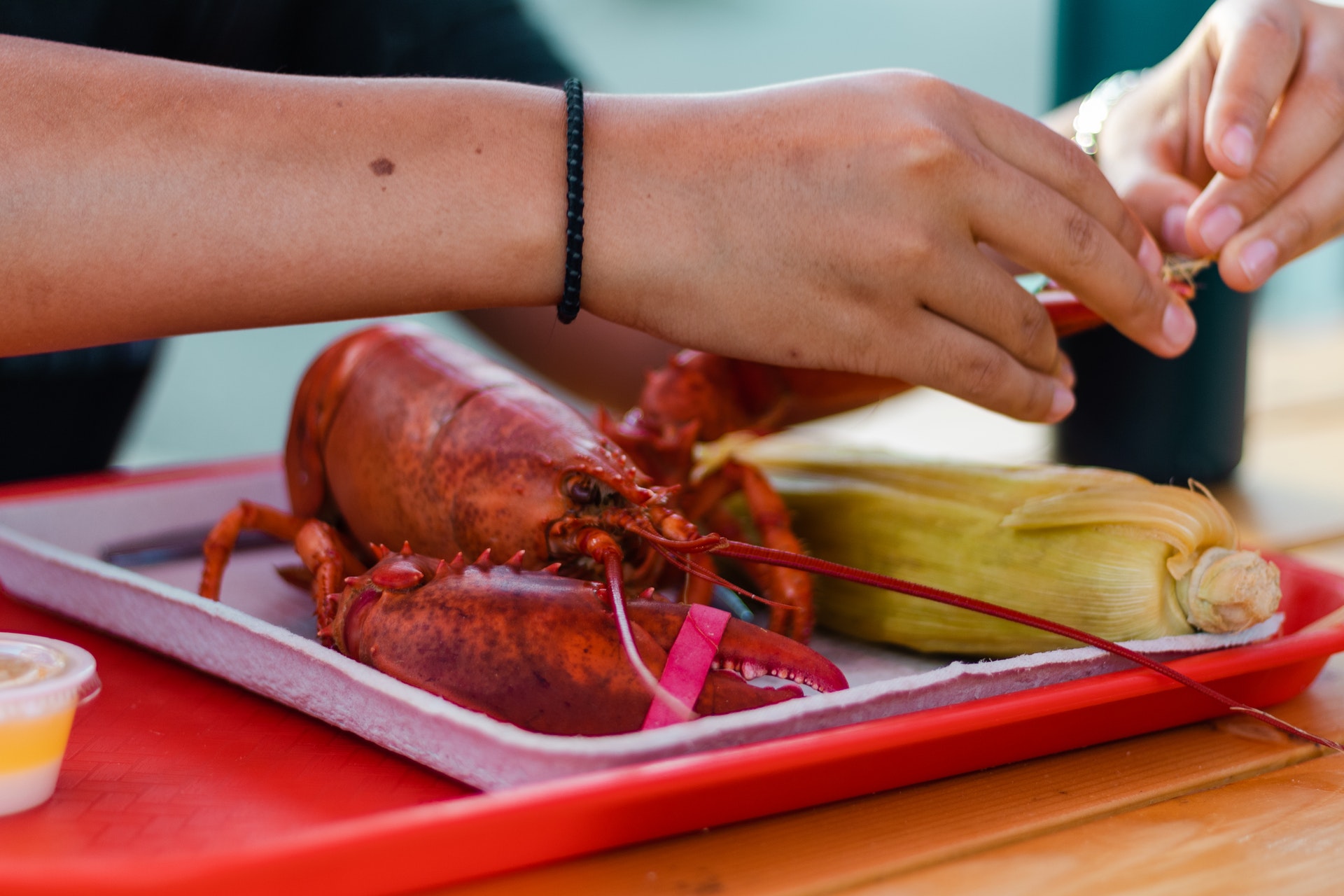 4 Tips on Choosing Your Ideal Lobster

Not only are there a variety of different lobster species to choose from, but additional factors can come into play depending on your chosen meal and how you intend to cook the lobster

Here are four additional aspects to consider when choosing your perfect lobster.

As part of a lobster’s natural lifecycle, it will need to break from its shell as it grows in size. As a result, lobsters can often be caught with their shells at various stages of hardness.

If you are looking for sweeter meat, a soft-shell lobster might be your choice. The meat will often be juicier as well as there is often water caught between the shell and body. Hard-shelled lobsters will have denser, tougher meat. Additionally, they usually have a higher meat yield as they tend to be the older, bigger catches.

The lobster’s freshness has a significant impact on its quality, as well as the amount of fat it has. Fresh lobster delivered alive is always considered superior to frozen, as it will retain its body fat as opposed to if it has been chilling in an aquarium for some time.

A lobster in this state will tap into its fat to stay alive so that by the time it comes to cook, it will have lost a portion of its fat. The higher fat content will generally mean higher quality meat.

Check for Signs of Life

A lobster being prepared for cooking has often been subject to very chilled conditions, meaning it will be very sluggish and appear immobile at first glance. The reason for this conditioning is that it is considered the most humane state for it to be in before committing it to the pot.

However, you can still check to see if your lobster is alive and in the ideal state to cook by touching its eyes to see if there is recoil or by picking it up by the carapace. It is still in good condition if it holds its claws aloft and attempts to wriggle.

A dead lobster deteriorates quickly upon death, so if there are no signs of life, it may have become unsuitable for cooking.

Though lobster is available year-round, you will find the freshest forms during the times of peak lobster seasons. This can vary slightly depending on what type of lobster you choose to buy. The American (or Maine) lobster, for example, has a peak period of June to December, so any lobster you decide to buy during these months will likely be in perfect condition.

Lobster Meals for Any Occasion with All Fresh Seafood

No matter what the occasion, you can be sure to find what you want with All Fresh Seafood. For more than twenty years, we have been delivering high-quality ingredients to our customers across the entire country. We offer next- or second-day delivery no matter where you are to ensure your purchases are as fresh as can be.

And it’s not just lobster cakes and lobster recipes – we specialize in all forms of seafood! Why not try our fresh jumbo lump crabmeat, perfect for those crab cake appetizers. Or, if crab is not your thing, give our tasty blue point oysters a go, safe in the knowledge that they have been sustainably sourced.

Don’t overthink about, where can I find a fresh lobster roll near me? Buy lobster online from the largest selection and have your lobster delivered to your door.

About: Adam Licht, VP- Culinary Director at All Fresh Seafood

Adam Licht is a professional chef and fishmonger, started his career when he was given the opportunity to run a fish company at just 20 years old right out of culinary school at The Culinary Institute of America. All Fresh Seafood is one of the best seafood retailers in the nation. Stay connected via Instagram @AllFreshSeafood.